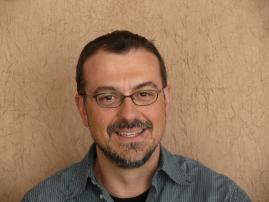 Dionisios (Dion) G. Vlachos is the Allan and Myra Ferguson Professor of Chemical & Biomolecular Engineering, a Professor of Physics and Astronomy at the University of Delaware, the Director of the University of Delaware Energy Institute (UDEI), of the UD node of the manufacturing institute RAPID, and of the Catalysis Center for Energy Innovation (CCEI), an Energy Frontier Research Center (EFRC). He is the ExxonMobil Visiting Chair Professor, National University of Singapore, Singapore, 2018-2021.

Professor Vlachos is the recipient of the 2016 Catalysis Club of Philadelphia Award, the R. H. Wilhelm Award in Chemical Reaction Engineering from AIChE (2011) and is an AAAS Fellow (since 2009). He also received a NSF Career Award and an Office of Naval Research Young Investigator Award.

He is the corresponding author of more than 400 refereed publications with over 23,000 citations, and an h factor of 87 (google scholar), and has given ~300 plenary lectures, keynote lectures and other invited talks. Professor Vlachos has served as an executive editor of the Chemical Engineering Science journal and also served or currently serves on the editorial advisory board of ACS Catalysis, Reaction Chemistry & Engineering, Industrial and Engineering Chemistry Research, Applied Catalysis A: General and others.