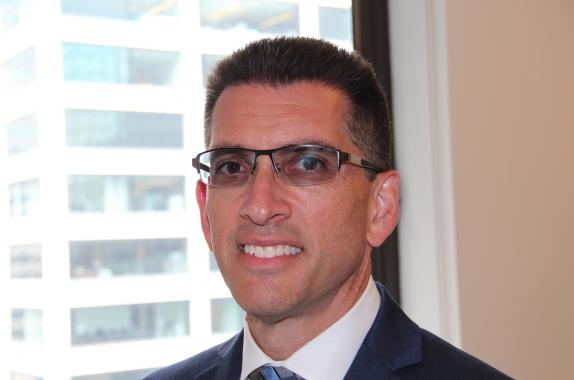 In making the announcement, June Wispelwey, AIChE’s Executive Director, said “I am delighted Bill Grieco is joining RAPID as its CEO. His appointment represents AIChE’s ongoing commitment to strong leadership, and will result in an orderly transition for RAPID.” Remarking on Grieco’s record of leadership in the chemical industries, Wispelwey said that, in his new leadership role, Grieco will be responsible for all of RAPID’s operations, including research and development (R&D) activities, corporate governance, and compliance. She noted that “RAPID has achieved many milestones and will now focus on new trends and opportunities for advancing process intensification, which are waiting to be explored.”

Outlining Grieco’s extensive corporate experience, Wispelwey highlighted his former role as Vice President of Energy and Environment at Southern Research, a nonprofit research institute based in Alabama, where he defined and implemented strategies to transform the business from one serving only the fossil energy sector to a boutique innovation testing, development, and consulting organization focused on reducing the environmental footprint of energy generation and chemicals production.

Prior to joining Southern Research, Grieco spent five years leading innovation and technology for Owens Corning, where he built a Front End of Innovation team and led R&D for the $3 billion Building Materials Group. He was also instrumental in winning $13 million in funding from the U.S. Department of Energy (DOE) SunShot program to develop and commercialize a building integrated solar photovoltaic roofing shingle for residential use.

Earlier in his career, Grieco served as Managing Director and CTO of Gardenia Ventures, an innovation commercialization and consulting firm, where he managed investment due diligence, technology strategy development, and opportunity search and selection efforts for clients ranging from private equity investors to new ventures to Fortune 500 firms. His other senior-level innovation roles focused on process development across multiple industries. These include the biofuels startup PetroAlgae, where he and his team built the first-of-a-kind intensive biomass production process to grow and convert aquatic plants to purified proteins and energy feedstocks. For the biopharmaceutical firm Alkermes, he spearheaded development and commercialization of the VIVITROL® and RISPERDAL® CONSTA® product lines. Grieco began his career at the Rohm and Haas Company, now part of DowDuPont.

Grieco serves on the external advisory boards for Florida Solar Energy Center and the Georgia Tech Energy Policy Innovation Center. He has been a member of AIChE for 25 years, and chaired the Nanoscale Science and Engineering Forum in the mid-2000s.

For media inquiries, contact Rose-Marie Brandwein. Additional information about the RAPID Manufacturing Institute and its objectives can be found at www.aiche.org/RAPID.

The RAPID Manufacturing Institute ® has released its Fall 2021 Institute Report. Currently in year five of operation, RAPID has built strong partnerships with its members to rethink how process development and manufacturing happen in the process industries. RAPID and its members continue to develop...