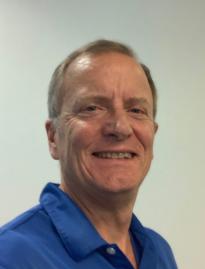 Mark Ulrich, P.E., received his BSChE with Distinction from the University of Illinois in 1980. At M.W. Kellogg as a Process Systems then Olefins Process Engineer he contributed to refining, ammonia, and ethylene projects, all while completing his MBA (Finance) from the University of Houston. In 1988 he joined Amoco Chemical Company's Central Engineering Department, contributing to olefins and PTA projects worldwide. In 1995 Mark joined Air Liquide, and globally led industrial gas, HyCO and utilities projects. This led Mark in 2000 to join ExxonMobil as their Global Power Regulatory Manager. He developed significant familiarity with power-related legislation and regulation, and in 2007 joined EPCOR/Capital Power as their Business Development Director. In 2011 he joined Linde Gas as Tonnage Account Manager, focused on the Houston Ship Channel. Finally, in 2015 Mark joined Linde Engineering as their Senior Business Development Manager focused on Linde's petrochemicals product line.

Access to contact information is restricted to users who have purchased the conference's Online Proceedings, or received access to the proceedings as part of the conference Registration.

Please click the links below if you'd like to purchase Online Proceedings for any of the related conferences: