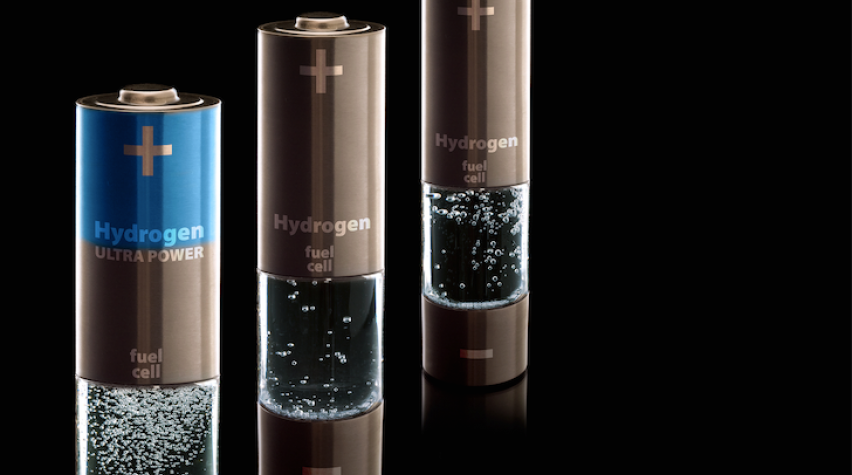 While solar energy has enormous potential, one nagging issue is how to store the energy for use during peak times, at night, and when the sun isn't shining. Researchers at the Ecole Polytechnique de Lausanne (EPFL) in Switzerland have devised a new scalable technique for solar energy storage that relies on hydrogen production through water splitting.

The scientists' work centers around the concept of capturing solar energy and using it to split water into hydrogen and oxygen, so that the hydrogen can be stored for later use in a hydrogen fuel. Their goal was to find a more efficient and cost-effective method for splitting water. One of the most sustainable methods of producing hydrogen is photoelectrochemical water-splitting. The water is split into its components of hydrogen and oxygen using a process called "hydrogen evolution reaction." The reaction requires a catalyst, often platinum, which is deposited on the surface of the solar panel's photocathode, where light is converted into electric current. The research team at EPFL made the reaction more cost-efficient by replacing platinum with a molybdenum-sulfide catalyst for the hydrogen evolution reaction, and a collaborating team developed copper(I) oxide as a photocathode. The researchers found that the molybdenum sulfide can be deposited on the copper(I) oxide photocathode for use in photoelectrochemical water splitting through a simple deposition process that is easily scaled. The technique's efficiency is comparable to using a platinum catalyst and it preserves the optical transparency for the light-harvesting surface. It also exhibits improved stability under acidic conditions, which could mean lower maintenance. But more importantly, both the catalyst and the photocathode are made with cheap, earth-abundant materials that could greatly reduce the cost of photoelectrochemical water-splitting devices in the future. The research team's work was published yesterday in the journal Nature Communications under the title "Hydrogen evolution from a copper(I) oxide photocathode coated with an amorphous molybdenum sulphide catalyst."

Is the hydrogen fuel cell the best answer for storing solar energy?