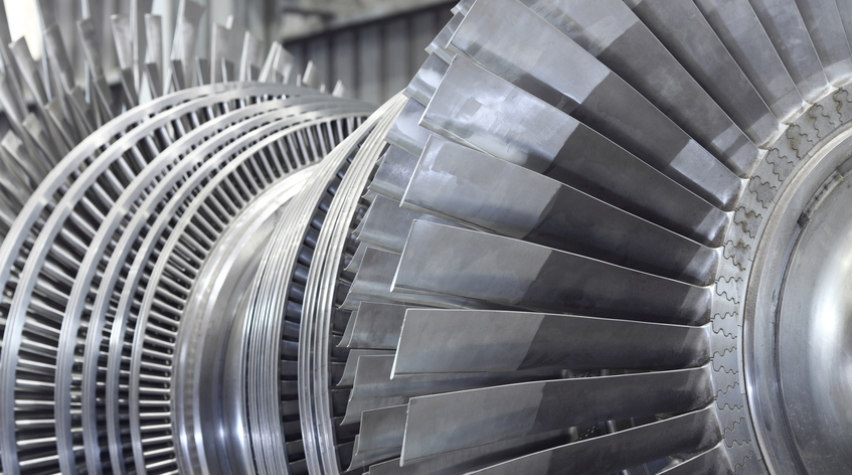 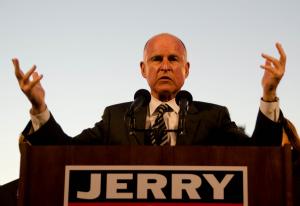 California Governor Jerry Brown has an ambitious plan to bring 20,000 megawatts of renewable power to his state, including 12,000 megawatts of distributed generation, and he wants it in place by 2020. That's a blink of an eye in "infrastructure years," and utilities, normally slow and deliberative as they endure feasibility studies, permit hearings, and EPA reviews, have burst into action, with contractors beginning to toss up rooftop and ground-mounted solar - along with community wind - all over the state. This buildout looks like a big opportunity for FloDesign, a small Massachusetts startup with a radical wind turbine designed to fill the community wind niche. But there's one hurdle: the company has only one functioning prototype.

Until recently, there hasn't been much demand for innovative wind turbines, because the major manufacturers, all global behemoths like Vesta and GE, build a similar looking "three-blade, upwind turbine" for the utility wind market. With 45,000 turbines sending power to the grid in the United States, it's hard to argue with success. If fact, capacity in the US doubled during a building binge last year, reaching 60,000 megawatts, enough to power 15 million U.S. homes. In the race to coax more output from this tried-and-true design, builders continue to raise towers and extend blades. And no one is ready to declare this race over. But FloDesign's founders, who have aerospace backgrounds, are trying to change the rules by applying jet propulsion principles to their turbine. According to the company, their design avoids a flaw that hampers conventional wind 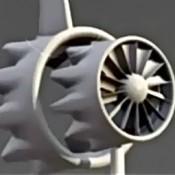 turbines, which, as wind approaches, causes almost half of the airflow to pass around the turbine blades - not through them - and valuable energy is lost. Even under the best circumstances, traditional wind turbines can only capture 59.3 percent of the wind's energy. What's FloDesign's secret? They've added a cowling around the blades, which the company calls a shroud. This outer shroud guides fast -moving air into the area just behind the blades, creating an air mixture that pulls the slower moving central air quickly through the turbine, increasing output. The company says that the new design generates as much power as conventional wind turbines with blades twice the size. The smaller blade also allows FloDesign turbines to be sited closer together, increasing the power that can be generated per acre of land. A video explains the process:

FloDesign took off just five years ago in 2008, after founders Walter Presz and Michael Werle built a small model and tested it in a wind tunnel at MIT. "The surprise was that it validated our expectations," Werle told Fast Company. Soon the company won two highly visible clean-energy competitions; and afterwards, venture capitalists, smelling a lucrative, disruptive technology, started wooing the company. 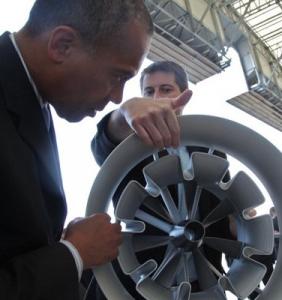 The first backers were California-based Kleiner, Perkins, Caufield and Byers, a firm that made over two billion dollars from an early investment in Google. Others, including Goldman Sachs, supported a second round of financing; eventually ARPA-E supplied a $8.3 million grant. The final vote of confidence came from the State of Massachusetts, which gave FloDesign $3 million in grants and loans to keep the company in the state after several others tried to lure it away.

As of today, the company's only functioning prototype is located about an hour southeast of Los Angeles. But FloDesign thinks next year it could be joined in California by nearly a thousand more. The state is replacing thousands of aging wind turbines as part of the repowering market. Over the past 30 years, three of California's windiest areas - Tehachapi, Altamont, and Palm Springs - were the sites of some of the first wind farms in the US. These dense clusters of smallish turbines have long been an essential part of California's energy 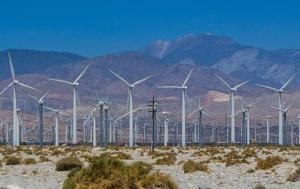 grid, but they are now at the end of their productive lives. Because these old turbines are small, FloDesign's turbine is very compatible. So at the end of this year, the company will install 10 turbines in California's Tehachapi region, and about 850 total next year. The company has figured that if it succeeds as a California repowering company, it could survive as it scales up and creates its niche in the distributed-energy market, battling off some of the Big Players, who are starting to sniff a big, new market.

Is this diversity part of a maturing wind market?

Good design and I think this design will save the area used to construct the wind turbines and this is mean increasing the number of turbines used and of course the power generate.

It seems like a win, win. When distributed wind takes off, then you&#039;ll see these popping up in a lot of places: military bases, corporate and college campuses.

Just what the industry needs to expand into distributed wind. This will be a big area, like distributed solar.