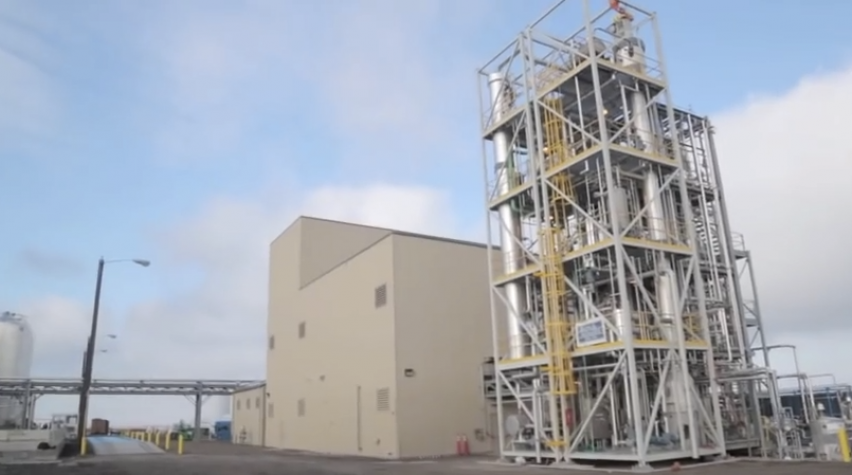 Rumors had been flying around the biofuels industry for weeks. Then, soon after operations began at its Boardman, Oregon, cellulosic ethanol demonstration plant, federally backed ZeaChem announced layoffs. Since technological and funding hurdles have forced many cellulosic ethanol companies to shut down, ZeaChem's latest news is par-for-the-course as the cellulosic biofuels industry flails at mandates from the wildly ambitious Energy Independence and Security Act of 2007. Instead of delivering 500 million gallons of mandated cellulosic biofuels for 2012, only 20,069 gallons dribbled out of the struggling industry. Just months after shipping that first small batch of cellulosic ethanol, Western Biomass Energy, an early company on the scene, filed for Chapter 11 bankruptcy protection. Nevertheless, the DOE's Energy Information Administration still estimates that output could grow to more than 5 million gallons in 2013 as operations ramp up at several plants. With better luck, several more plants could begin production by 2015, with a capacity of around 250 million gallons.

Last month, after completing its 250,000-GPY biorefinery, and as the rumors of financial trouble began to spread, ZeaChem finally produced commercial-grade cellulosic chemicals and ethanol from locally sourced poplar chips. At the time, Jim Imbler, president of the company, said, "The start of cellulosic production is a significant milestone for ZeaChem as we demonstrate our highly efficient biorefining technology, develop our first commercial-scale biorefinery, and expand global opportunities." Watch a short company promo:

With the capacity to use 10 tons of biomass a day, Imbler wouldn't say how much ethanol had been produced in the initial run or the conversion rates achieved. While he did say the plant would become more efficient over time, he wouldn't forecast how much ethanol would be produced in 2013. "Anything we make, we'll sell," Imbler assured the Seattle Times.

Finding a use for lignin residue

Regardless of its financial difficulties, ZeaChem still possesses a promising technology. By using a hybrid biochemical and thermochemical process, the company has leapfrogged the yield and CO2 problems associated with first-gen cellulosic processes. After fractionating the biomass, the sugar stream is sent to fermentation where the 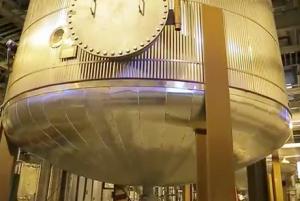 company uses a microorganism found in termites to process five- and six-carbon sugars to acetic acid without producing carbon dioxide. In comparison, traditional yeast fermentation creates one molecule of CO2 for every molecule of ethanol. The carbon efficiency of the ZeaChem fermentation process is nearly 100% vs. 67% for yeast. The acetic acid is then converted to an ester which can then be reacted with hydrogen to make ethanol. To get the hydrogen to convert the ester to ethanol, ZeaChem takes the lignin residue from the fractionation and gasifies it to create a hydrogen-rich syngas stream. The hydrogen is separated from the syngas and used for ester hydrogenation and the remainder of the syngas is burned to create steam and power for the process. The net effect of combining the two processes is that about two-thirds of the energy in the ethanol comes from the sugar stream and one-third comes from the lignin steam in the form of hydrogen.

No longer a prisoner of corn or sugar cane

Similar to a petrochemical refinery that makes multiple fuels and chemicals, ZeaChem's demonstration facility is employing its C2 (two-carbon atom) platform to produce cellulose-based ethanol and intermediate chemicals such as acetic acid and ethyl acetate. Imbler says the commercial market potential for all C2 products is $485 billion. Through relatively simple processing adjustments, the ZeaChem platform technology 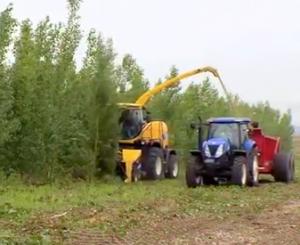 can create C3 chemicals, including propionic acid, ethyl propionate, propanol and propylene. Together, ZeaChem's C2 and C3 products address markets of more than $1 trillion. ZeaChem's other advantage: unlike conventional biorefineries, it can convert nearly any non-food biomass into fuels and chemicals. This allows the company to source feedstock locally and less expensively, no longer leaving it a prisoner of corn or sugar cane. The Oregon demonstration facility receives its feedstock from nearby tree farms and other local agricultural residue processors.

While development of an adjacent commercial-scale biorefinery was underway, the company announced layoffs after it failed to secure a bridge loan "intended to carry ZeaChem into its next funding round," according to an e-mailed received by Bloomberg. Last year ZeaChem received a $232.5 million loan guarantee from the U.S. Agriculture Department to build their commercial stage cellulosic-ethanol plant right next door to the demonstration plant. Unfortunately, Zeachem needed about $391 million on the plant. The e-mail also said, "...management is committed to the top priority of quickly raising additional capital in order to get employees back to work."

Will ZeaChem have a Solyndra effect on the market?