Wind Energy Dukes It Out With Fossil Fuels 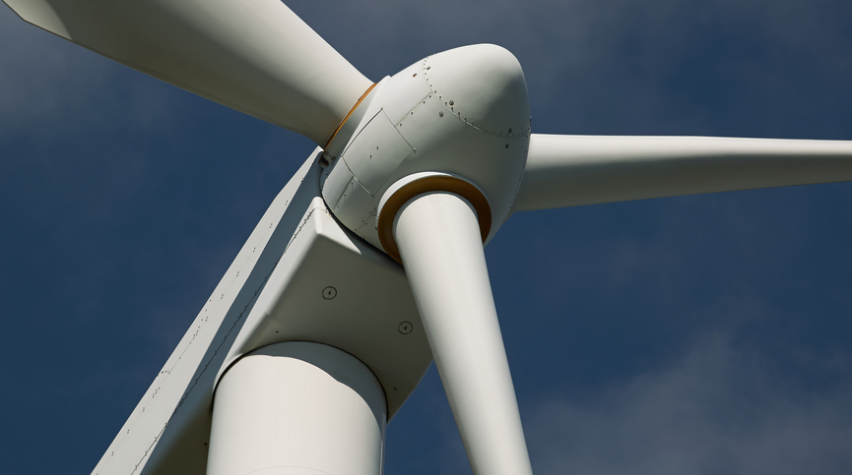 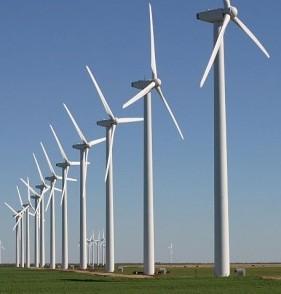 Looking back, 2012 turned out to be the year when old assumptions about wind energy began to shift as the planet's installed wind capacity jumped from 238 GWs to about 282 GWs, according to the Global Wind Energy Council. This happened because wind's falling costs - as the nascent technology undergoes rapid innovation - make it increasingly competitive with legacy commodities like natural gas and coal. In Australia, where wind turbine maker Vestas has a 50% market share, unsubsidized wind is now cheaper than coal and gas-fired power; and across the Pacific, where GE, along with Vestas and other competitors, just finished rushing to install 5.5 GWs of wind power in December, the US ended the year with a record 13.2 GWs of new wind energy, according to Forbes. This feverish activity was capped off when Electric Reliability Council of Texas (ERCOT), the Texas power grid administrator, reported that wind energy had become almost as cheap as natural gas in the windy, resource-rich state. 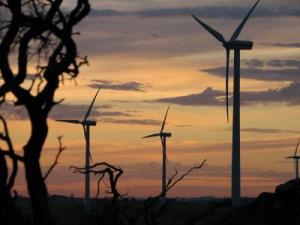 AU$143 for a new coal plant and AU$116 for natural gas. Even without the recently imposed carbon price, wind energy is still cheaper than both new coal and natural gas construction by 14 and 18 percent. "The perception that fossil fuels are cheap and renewables are expensive is now out of date," said Michael Liebreich, chief executive of Bloomberg New Energy Finance. "...clean energy is a game changer which promises to turn the economics of power systems on its head." Ominously for coal (suddenly redlined in the same high-premium neighborhood as nuclear), Australia's four largest banks were unlikely to finance new coal plants without a substantial risk premium due to "reputational damage." Australia's gas-powered plants have a different problem - becoming more expensive to run as the country increases exports of liquified natural gas (LNG) to supply surging Asian demand.

A boom with a different dynamic

Back in the US, with 2012's build-out bonanza now up and running, wind makes up 60GW or 6% of the country's total power generation.

And just like Australia, where the same five or six global corporations throw elbows for wind turbine market share, costs have dropped dramatically in the US too. Since 2010, as turbine performance kept improving, equipment prices also dropped by more than 21%, resulting in a two-fer 21% fall in the levelized cost of electricity for US wind projects. Even though 2012's massive construction activity was driven by fear that wind's production tax credit would expire, the stats are still impressive, considering that rival natural gas sank below $2/MM BTU in April 2012. Bloomberg estimated that the levelized cost of electricity for a wind project in the Texas Panhandle, the windiest part of the country, is now below $30/MWh, after the PTC is factored in, and is closely competitive with natural gas's $25-30/MWh.

While many states have mandates requiring new clean energy generation, this boom has developed a different dynamic, according to Amy Grace, lead analyst, North American wind, at Bloomberg New Energy Finance. "It's clear that the economics, aided by the PTC, drove wind growth in 2012. (But) 11GW of capacity was built in states without any mandated demand," said Grace. "This means that in most areas, utilities are buying wind power because they want to, not because they have to." Meanwhile, the wind future finally came into focus in Texas, after ERCOT, which uses complex models to estimate future needs of the state power grid, finally updated wind and solar data to reflect real world conditions, and renewables suddenly became more 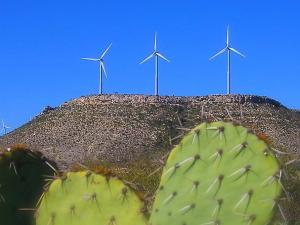 competitive than natural gas over the next 20 years in a highly probable scenario. Without the real-world data, the old ERCOT model found that 20,000 MW of natural gas power would be built over the next 20 years, and pretty much nothing else. Once the updated model reflected a real-world scenario (which they call "BAU with Updated Wind Shapes"), ERCOT found that about 17,000 MWs of wind units, along with 10,000 MW of solar power, would be built in the future to meet rising demand. And that's a whole new world.

Will wind elbow natural gas aside in the future?