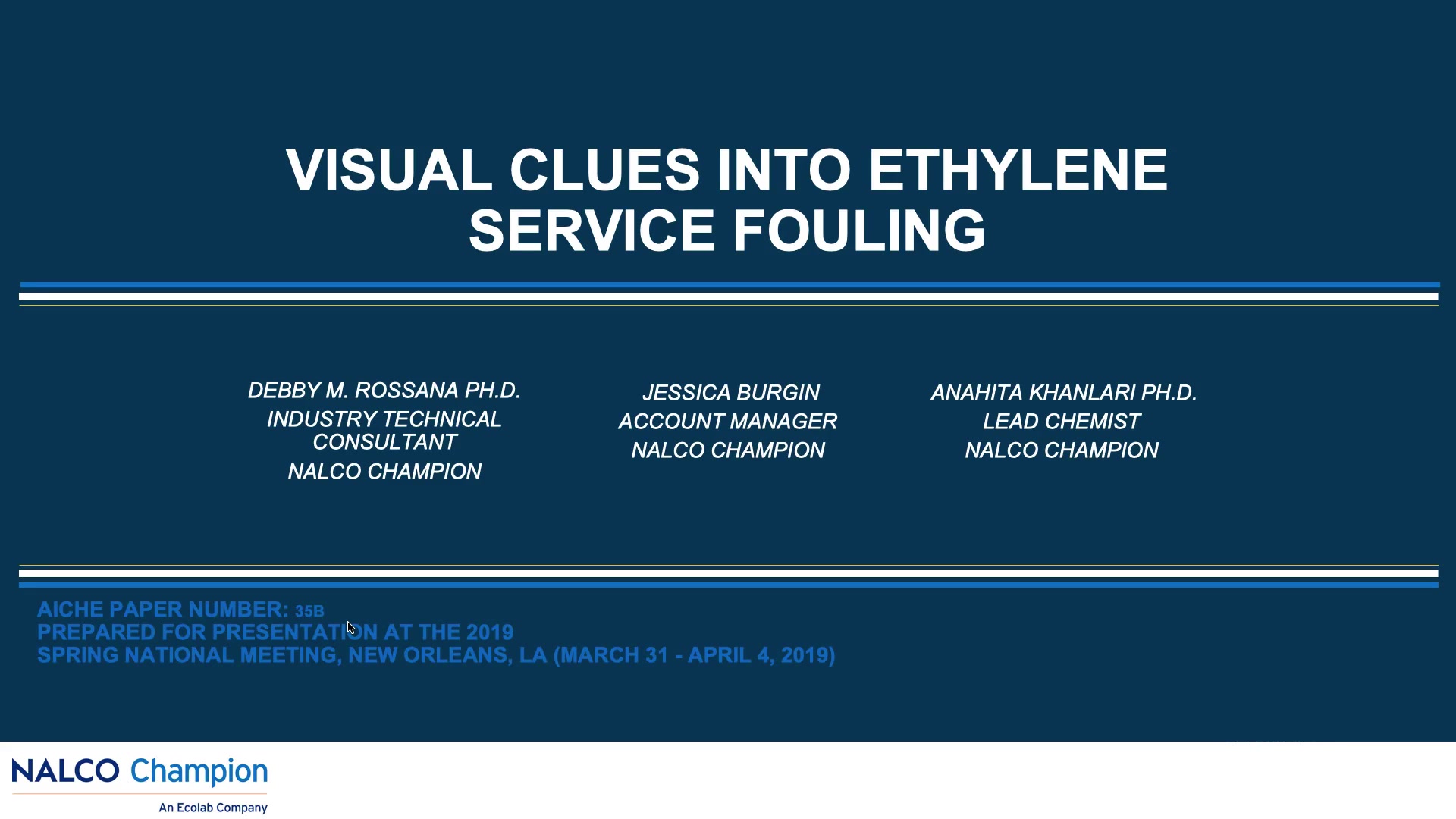 After mechanical issues, fouling is generally the second or third cause of pre-mature shut downs in primary olefin units 1.

Although fouling occurs in many different locations in the plant, the foulant typically is one of only a handful of chemical components: polystyrene, pytar, polybutadiene, aldol polymer, and combinations thereof.

What is often overlooked when analyzing polymer is why it is where it is and why it looks like it does. This paper will focus on some of these polymersâ€™ physical (not chemical) appearances and locations and how this information can be interpreted and used to control fouling. (Chemical treatment programs will NOT be discussed). For example, foulant pieces at a feed point suggests deposition from the tower upstream. Light, porous foulant suggests it was liquid when it cooled and full of gas, which caused the polymer to â€œpuff upâ€ while cooling. Polymer in the underside of a tray suggests vapor space fouling. Once the chemical and physical properties of the foulant are properly identified, a comprehensive approach can be developed to address the fouling.

Preview Presentation:
Presenter(s):
Debby Rossana
Once the content has been viewed and you have attested to it, you will be able to download and print a certificate for PDH credits. If you have already viewed this content, please click here to login.

Principal Component Analysis for Pharmaceutical Process and Product Characterization:Case Study From Immediate and Controlled Release Tablet Manufacturing
As an important data analysis technique for reducing dimensionality of complex process data , Principal Component Analysis (PCA) has been widely used in...
Hydrophobic and Hydrophilic Membrane for DCMD: Effect of Non-Solvent Additives and Operation Condition on the Performance
Dual-layer composite membrane is a new design for direct contact membrane distillation (DCMD) with membrane performance potentially superior to that of single...