Revisiting the Relationships between Power, Flow and Momentum for Impellers in Agitated Vessels | AIChE
Skip to main content

Revisiting the Relationships between Power, Flow and Momentum for Impellers in Agitated Vessels 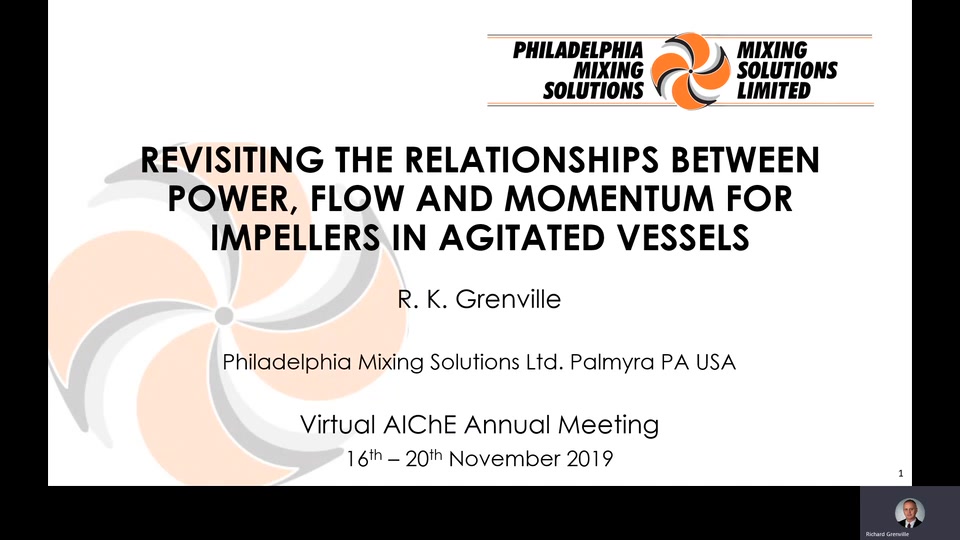 This suggests that there is no effect of impeller diameter in this relationship.

And Marchado et al. (AIChEJ, 2012) reported that the Flow number reduced by ~11 % for pitched-blade turbines when the diameters reduced from T/2 to T/3 with negligible change in Power number.

Also, both Brown and Marchado define a Momentum number and that:

Which should imply that, indeed, Fl âˆ¼ Po1/4

In this presentation the relationship between Flow and Momentum numbers with Power number and the impeller to tank diameter ratio will be re-examined and the effect on measures of impeller efficiency will be discussed.

Another question that will be addressed is the relationship between blend and circulation times in an agitated vessel and the exponent on the impeller to tank diameter ratio in blend time correlations.

Preview Presentation:
Presenter(s):
Richard K. Grenville
Once the content has been viewed and you have attested to it, you will be able to download and print a certificate for PDH credits. If you have already viewed this content, please click here to login.

Numerical Model to Evaluate the Consequences of a Gas Release from a Buried Pipeline: Model Construction, Validation and Preliminary Results
Depending on the flow and soil characteristics, the underground gas releases from buried pipelines result in different regimes. The regimes range from...
Computational Modeling of Gas-Particle Flows: From Kinetic Theory to Turbulence Models and Beyond
Professor Hrenya has done groundbreaking research on many facets of gas-particle flows starting from her early work on turbulence modeling in risers to her...