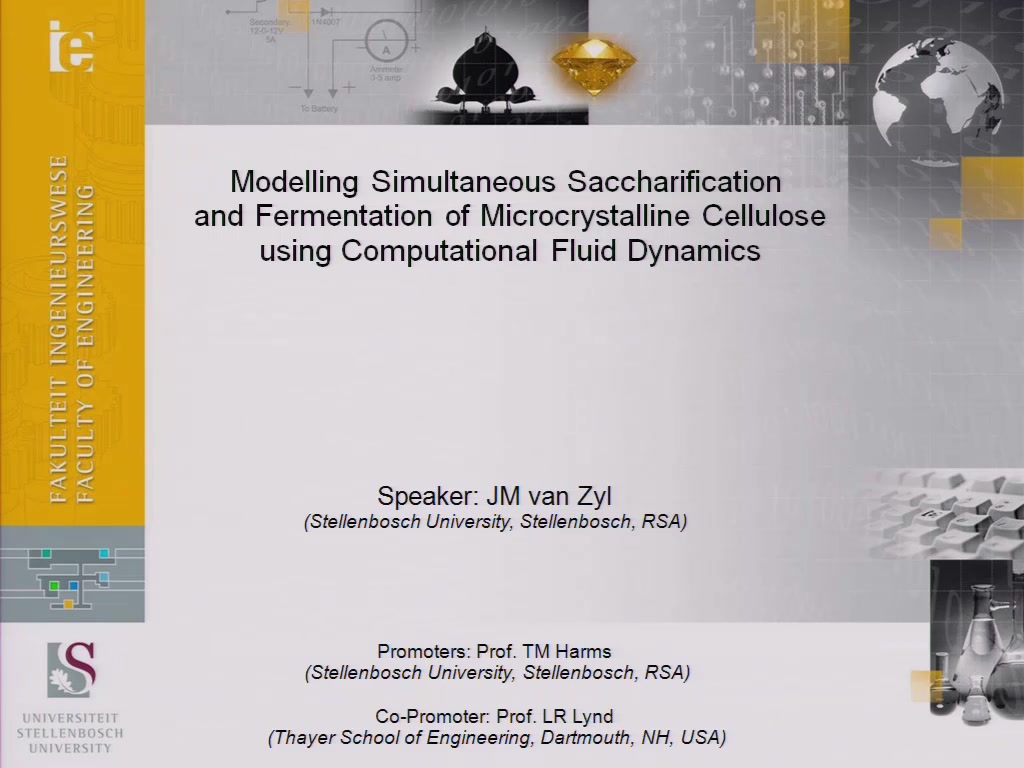 Cellulose found in almost all plant cell wall, making it one of the most abundant renewable and sustainable natural resource on the Earth’s surface. Cellulosic ethanol is receiving increasing attention as a viable alternative to the commonly used fossil fuel, petrol. Cellulosic ethanol is a second-generation technology; with first-generation technology including ethanol produced from sugar obtain from sugarcane in Brazil and starch from maize (corn) in the United States.

Ethanol produced from cellulose has the added benefit of potentially creating a sustainable and carbon neutral industry. This can be achieved as every generation of biomass (plant or organic) feedstock absorbs the atmospheric carbon dioxide (CO2) released by the previous generation used to create the ethanol fuel. Hence, potentially capable of improving air pollution conditions alleviating in part the rate of CO2 induced global climate change.

Presently, different cellulosic ethanol technologies have been explored at laboratory-scale and in limited demonstration-scale facilities. However an accelerated drive to full commercialisation is required to fully benefit from biofuels as transportation fuel replacement. However, as this technology has as yet not been proven at commercial-scale (approximately 40 million gallons/annually), it is near impossible to obtain the required funding (approximately $200-300 million) to construct such large installations. Thus, engineers and scientists are looking into the development of numerical models which can capture the dynamics of these biological systems and potentially allow for the design and analyses of these large-scale refineries in silico, significantly reducing the costs involved with the trial-and-error approach including the construction of demonstration-scale plants.

This paper focuses on a set of initial numerical models developed to predict the behaviour of simultaneous saccharification and fermentation of microcrystalline cellulose including the enzyme kinetics and reaction rates of these systems (van Zyl et al., 2011). It was found that to model heterogeneous particle systems it is required to separate the kinetics of each cellulase type (endoglucanase and exoglucanase) as surface adsorption site availability and competition is the primary limiting factor to enzymatic hydrolysis of microcrystalline cellulose. It was furthermore observed that instead of popular belief of enzyme inactivation causing the reduction of the solid substrate conversion rate, the enzyme remain active under ideal fermentation conditions of (30°-37°) and moderate turbulence and shearing rate within the reactors.

Furthermore viscosity influences of each constituent in the fermentation tanks were investigated throughout the cellulose hydrolyses and fermentation processes to capture the effects viscosity on the systems. Results indicated that for high solid particle loading (most commercially viable) conditions, the particle concentration within the medium becomes the dominant factor affecting the apparent dynamic viscosity. Particles dynamics were included in the study to generate a simple and effective method of determining the average effective drag coefficients of multitude of particle sizes and shapes all combined into one reactor system. Additionally, settling rates and particle settling density (packing factors) were determined experimentally.

These models were incorporated into a commercial computational fluid dynamics package (STAR-CMM+), which was used to predict the mixing efficiency and effective reaction rate of these systems based on the models discussed above. This allows for an effective environment wherein the effects of scale can be investigated numerically providing vital insight into these systems and allowing for design improvement and refinement early in the plant development phases.

Preview Presentation:
Presenter(s):
Josebus M. van Zyl
Once the content has been viewed and you have attested to it, you will be able to download and print a certificate for PDH credits. If you have already viewed this content, please click here to login.

Impact of Geometry in PEMFC Water Management
Hydrogen fuel cells can become a valid solution for EV in the automotive transport. Fast-fueling and longer range are the two positive aspects that make fuel...
Mid-Scale LNG Processes
This Webinar presents the need for natural gas liquefaction (LNG), the LNG value chain, and compares several technologies such as the PRICO® single mixed...