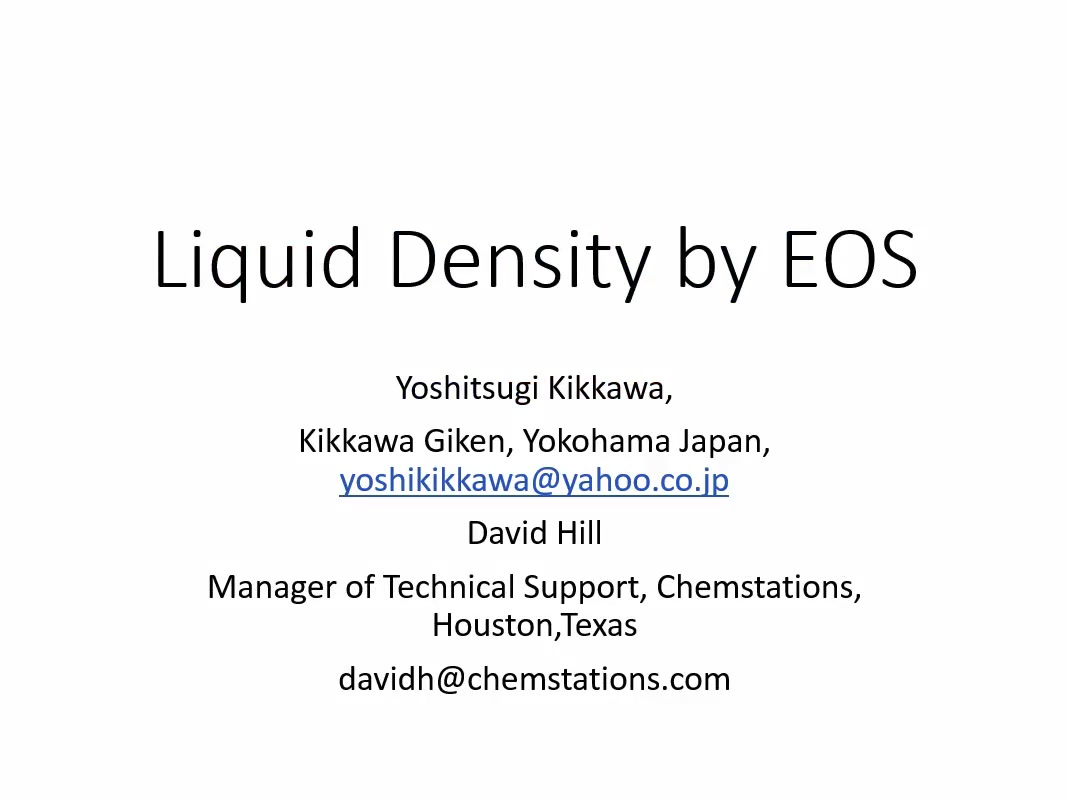 The physical properties of process fluid are essential for the design of the natural gas liquefaction process. The K-values are necessary to determine phase and vapor density; liquid density is also important. Accurate K-values for natural gas can be calculated by equations of state (EOS) such as SRK or Peng-Robinson. Estimation of liquid density is less accurate, particularly at higher pressures where a liquid phase is undesirable for process operations.

A corrected SRK-type EOS has been developed which improves estimation of liquid density without sacrificing accuracy of calculated K-values. A repulsive force term for SRK is developed, based on knowledge of the hard sphere fluid. The SFSRK model revises the molecular size parameter included in the attractive force. The SFSRK model demonstrates accurate liquid density calculation for LNG at high temperature and pressure.

Preview Presentation:
Presenter(s):
David Hill
Yoshitsugi Kikkawa
Once the content has been viewed and you have attested to it, you will be able to download and print a certificate for PDH credits. If you have already viewed this content, please click here to login.

Multiphase Operations in the Taylor-Couette Disc Contactor
The majority of chemical reaction steps or separation steps require two or more phases, including contact of solids (s), liquids (l) and gases (g). The phase...
Multiscale Analysis for Power-to-Gas-to-Power Facilities. Technical and Social Issues of Substituting Base Load
Solar and wind can easily provide the worldâs energy demand. However, the variability of both sources makes it difficult to use them to...