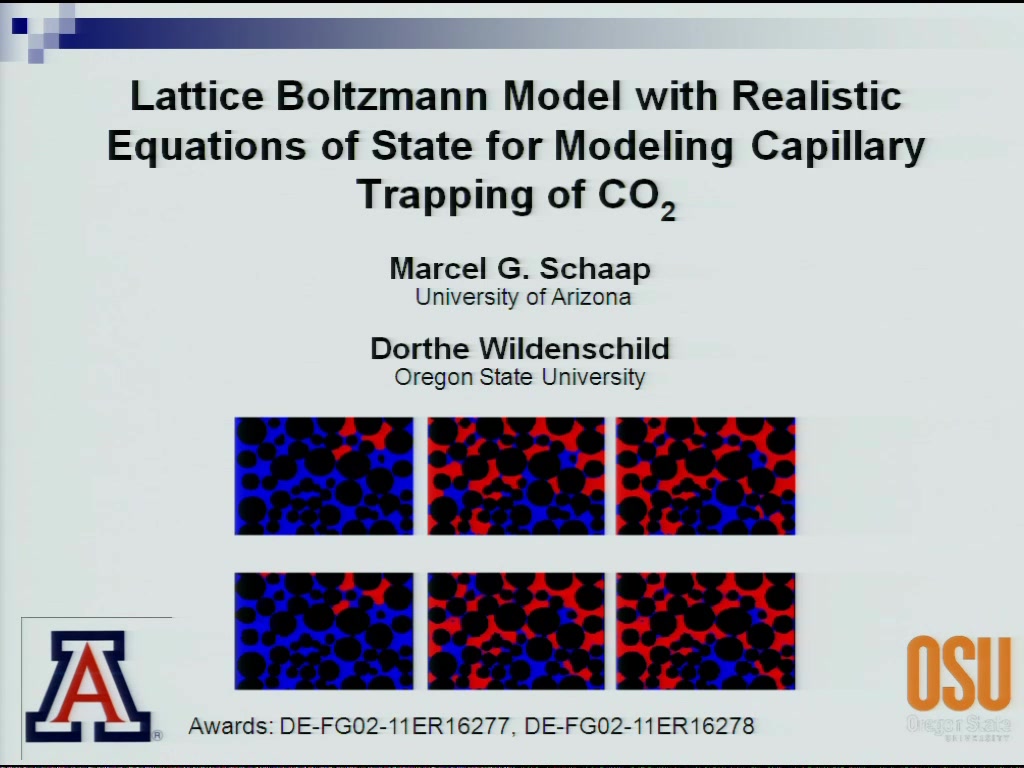 With large proven global coal reserves, it is highly likely that combustion of coal and coal-derived products will remain part of the global energy future. Compared to other fossil fuels, coal-based power yields the highest CO2 output per energy unit, indicating the critical need for some form of carbon mitigation regardless of future global economic developments and associated emission scenarios. Currently feasible and relatively mature carbon capture and storage (CCS) technologies would prevent about 90% of the fossil carbon from reaching the atmosphere. Geological carbon sequestration, however, also carries significant risks such as leakage of the injected gas back into the vadose zone and atmosphere through abandoned wells or underground cracks and fault systems (geological or man made by, for example fracking). Despite very broad research efforts by industry, government, and academic groups, there are still substantial uncertainties related to the effectiveness of the trapping, dissolution, and precipitation processes controlling the permanent storage of CO2.

Typical sequestration scenarios involve the injection of supercritical CO2 into the saline aquifer while displacing brine in what is equivalent to a water drainage process. Due to density differences between supercritical CO2 and reservoir brine (applicable under most injection scenarios), the CO2 will tend to buoyantly migrate upward until an impermeable barrier is encountered, possibly following complex flow patterns along high permeability channels. Once injection stops, buoyant forces will continue to propel the s.c. CO2 upwards, while re-invading brine from below reoccupies the pore space in a water imbibition process, trapping a large part of the s.c. CO2 with capillary forces. The s.c. CO2 will likely remain in the capillary trapped state for tens to hundreds of years until it finally dissolves in the brine as a negatively buoyant phase. Depending on the weathering kinetics of the host rock, the ultimate fate of the CO2 is a carbonate mineral precipitate – a process that may take thousands of years to complete.

To date, capillary trapping (otherwise known as residual trapping or relative permeability hysteresis trapping) is a somewhat under-explored mechanism in geologic sequestration of CO2. Central to capillary trapping is its pore-scale nature: pore-scale geometry, fluid velocities as well as brine- CO2 interfacial physics will strongly determine the magnitude of capillary trapping. Because of its stable immobilization characteristics, capillary trapping has several advantages over structural trapping, including not being affected by potentially compromised reservoir caprock; facilitating enhanced dissolution of gaseous CO2 into the brine; and allowing gaseous CO2 to be distributed over a larger reservoir volume, thus enhancing the potential for mineral weathering and carbonate precipitation. To date, relatively few experiments and models have addressed capillary trapping mechanisms in detail and at relevant reservoir conditions. Compared to most current large-scale reservoir studies, our research takes several steps back in scale to observe and model trapping at the pore-scale and to learn how these findings translate into continuum scale properties that can subsequently support improved modeling of sequestration at large spatio-temporal scales.

Two parallel, but strongly interacting, approaches are followed in our research. The Oregon State University (OSU) group, under leadership of Dr. Dorthe Wildenschild conducts X-ray micro-tomography measurements of the capillary trapping process using proxy fluids to explore the effect of varying interfacial tension, viscosity and flow rate on the resulting trapped amount of CO2. Simultaneously, the OSU group is building an x-ray tomography compatible core holder and experimental setup where we can address similar questions under reservoir conditions, i.e., with s.c. CO2. We are using both synchrotron-based and conventional x-ray computed microtomography to quantify trapped CO2 amount, distribution, and morphology as a function of the three properties (viscosity, interfacial tension, and flow rate).

The group at the University of Arizona under leadership of Dr. Marcel Schaap is developing functionality into lattice Boltzmann models that allow for the physical conditions found in the experiments as well as relevant pressure and temperatures found in candidate geological reservoirs. Particularly important here is to define a model that can handle the correct density, and viscosity ratios between brine and s.c CO2, while it is also critical that pressure, temperature and brine concentration-dependent interfacial tension is handled with accuracy. The current focus is to test several van der Waals-type Equations of State (EOS, the relation between pressure, density and temperature) for the pure water-vapor and the CO2 system near their respective critical points. We show that a wide range of conditions can be simulated and demonstrate that liquid and vapor densities and surface tension agree with published experimental data. We also show that modifications to the parameterization of the equation of state are necessary to obtain a better quantitative match for the water-vapor and CO2 systems as well as the brine – super critical CO2 system.

Currently, work is underway to verify the Lattice Boltzmann models using micro-tomography results obtained by the OSU group. We are also working on implementing mixed wettability into our models, to allow for the presence of residual hydrocarbons in aquifers. The models, combined with the experiments should subsequently allow us which types of porous media, and which flow conditions lead to better trapping. Ultimately, but not covered in the current presentation, we will upscale the experimental and modeling results to verify existing transport equations (e.g. Lands model) and, where necessary propose new transport equations for use in reservoir-scale modeling studies.

Preview Presentation:
Presenter(s):
Marcel Schaap
Once the content has been viewed and you have attested to it, you will be able to download and print a certificate for PDH credits. If you have already viewed this content, please click here to login.