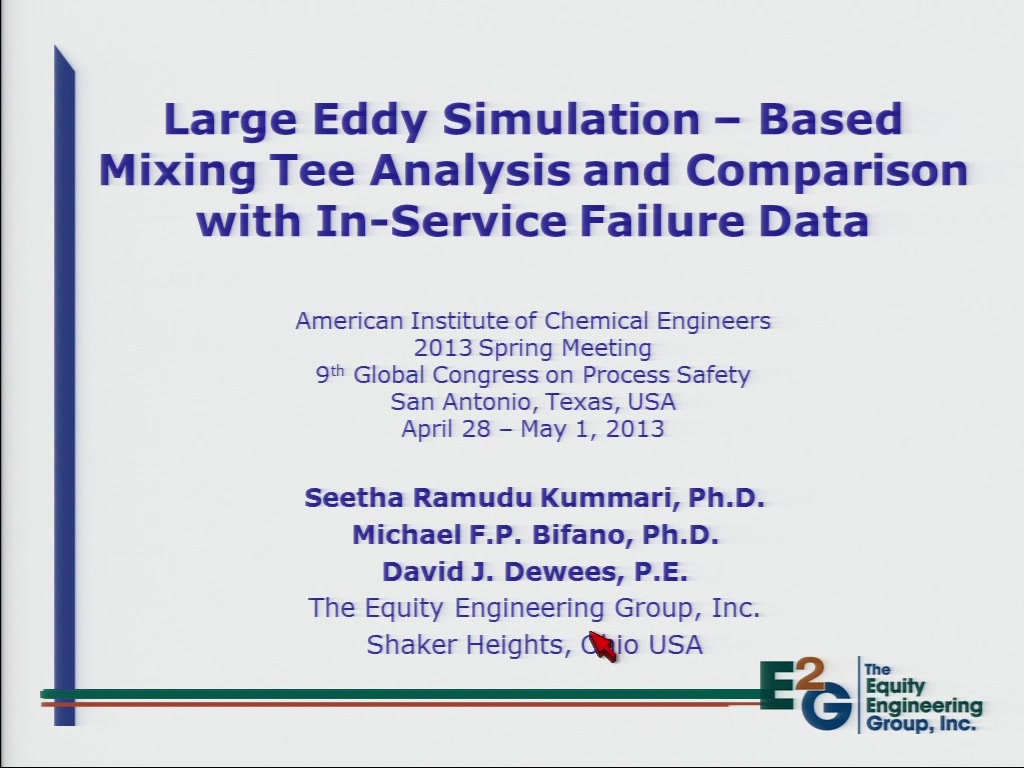 The tee junction under consideration introduces cold hydrogen at variable flow rates into the primary hot hydrocarbon stream.  After approximately 15 years of service, multiple cracks were identified downstream of the mixing point on the inside surface of the run pipe.  In order to predict the observed cracking, a 3D model of the tee junction is created and discretized using a commercial CFD software, STAR-CCM+. The model contains nearly half a million polyhedral cells.  Temperature fluctuations at the pipe wall due to turbulent thermal mixing at steady average flow conditions are assessed by resolving large eddies using Large Eddy Simulations.   Temperature fluctuations caused by variations in the operating conditions (global variations) are assessed using a realizable k-ε turbulence model, a conventional two equation Reynolds Averaged Navier Stokes (RANS) turbulence model in which eddies are in general not resolved.  The temperature histories from the LES are post processed to determine the severity of temperature fluctuations at the recorded locations. Post processing of the temperature histories reveals that the temperature fluctuations of 100oF at the frequency of 5 - 10Hz are typical at steady average flow conditions.

Stresses due to these thermal fluctuations are estimated using the commercial Finite Element Software, ABAQUS.  The number of cycles to initiate a crack is determined using ASME design fatigue curves for stainless steel. The propagation of the initiated crack is modeled using Paris law as per ASME FFS-1/API 579.  For crack propagation, through wall stresses due to turbulent thermal mixing at constant average flow conditions and global variations are considered to predict typical crack sizes observed in the field. The methodology and results of this investigation can be used to assess the design and safety of both new and current mixing tee systems.

Preview Presentation:
Presenter(s):
Michael F.P. Bifano
David J. Dewees
Seetha Ramudu Kummari
Once the content has been viewed and you have attested to it, you will be able to download and print a certificate for PDH credits. If you have already viewed this content, please click here to login.