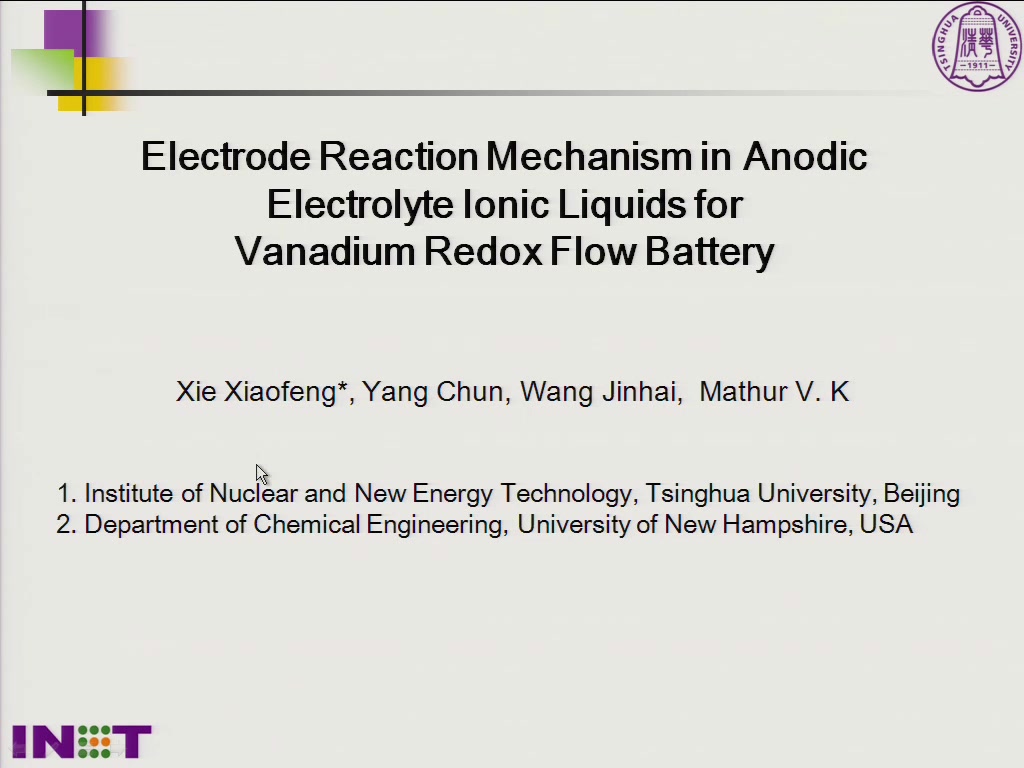 In this work, electrochemical impedance spectrum (EIS) technique was employed to investigate the electrode reaction mechanism in anodic electrolyte containing glycerin as an additive for VRB. The spectrums were simulated and analyzed through the equivalent circuit of RS(Cd(RpW)). The simulation results showed that with the increase in glycerin content, the solution resistance (RS), the double electric layer capacitor (Cd) and the polarization resistance (Rp) reduced to the minimum. However, the concentration polarization reached to its maximum when glycerin added was about 1%. It indicated that the glycerin, containing electron-donor group, had effectively promoted the vanadium ion dispersion in solution, so that the solution resistance decreased. When the vanadium ions were combined with glycerin, the increase in molecular volume resulted in the increase in distance of double electric layer, which lead to the decrease of the value of double electric layer capacitor. Because of the increase in electrode reaction, relative concentration difference both in the vanadium ions in solution and on the electrode surface became wider. The adsorption of vanadium ions on the electrode surface was enhanced by added glycerin in anodic electrolyte so as to increase redox catalyst efficiency of anodic electrolyte.

Preview Presentation:
Presenter(s):
Xiaofeng Xie
Once the content has been viewed and you have attested to it, you will be able to download and print a certificate for PDH credits. If you have already viewed this content, please click here to login.

Optimal Design of Power-to-Fuels Supply Networks for Grid-Scale Energy Storage
The penetration of renewable energy, especially from solar and wind, into the electricity supply mix has been increasing steadily and rapidly over the last two...
Performance Analysis of LNG Liquefaction Process Integrated with Allam Cycle Centered Power Plant
Liquefied Natural Gas (LNG) is an increasingly important clean energy source, which has been widely produced, transported, and consumed all over the world...