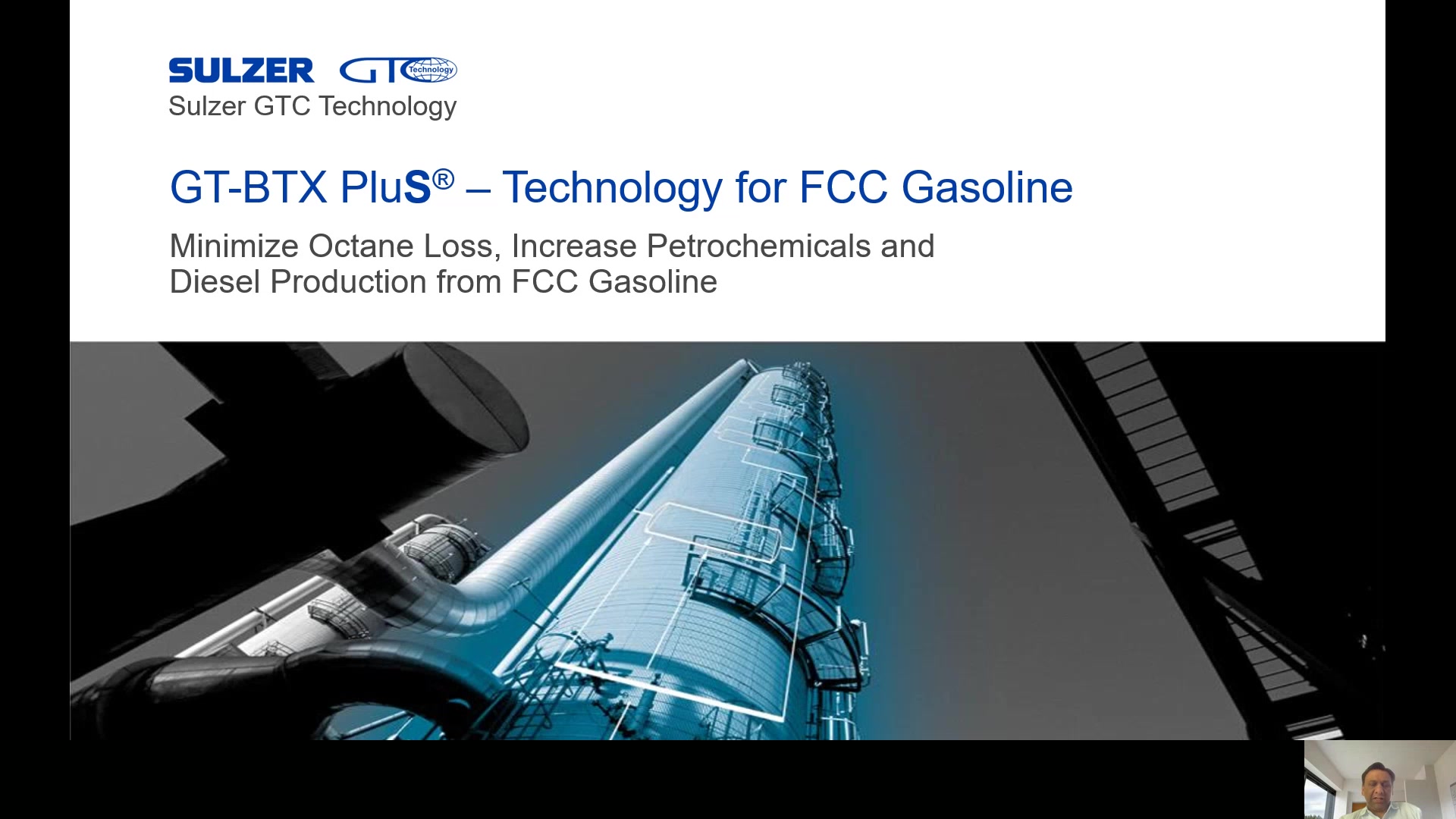 FCC gasoline contributes approximately 30-50% to a refineryâ€™s gasoline pool and is the primary contributor of sulfur. Implementation of stringent gasoline sulfur requirements has led to increased octane loss across the FCC gasoline block due to a loss of valuable high-octane olefins. GT- BTX PluSÂ®minimizes this octane loss to <0.5 RON points by preservation of high-octane olefins, while meeting sulfur requirements.

The implementation of GT-BTX PluSÂ® on FCC naphtha results in two different petrochemical precursor streams: aromatic rich extract and olefinic rich raffinate. By proper routing and processing of these streams in different units, GT- BTX PluS®enables the refiner to produce olefins and aromatics from FCC gasoline. This enables the FCC based refiner to transition from a fuels-based platform into a more profitable petrochemicals producer.

With the implementation of IMO 2020, there is speculation that the replacement of bunker fuel with MGO/VGO can result in increased Jet Fuel/ diesel margins up to USD 20/bbl. Further, it has been projected that an increase in air travel in developing countries will result in jet fuel being the fastest growing transportation fuel until 2050. By proper optimization of FCC pre-treat and FCC operations coupled with GT- BTX PluS®, the FCC refiner can boost its LCO production without experiencing higher octane loss in FCC gasoline post treat, resulting in more Jet Fuel/Diesel production. Another derived benefit will be the flexibility to shift from maximum gasoline mode to maximum diesel mode. Conventionally, this shifting results in possible salt deposition and operational issues in the FCC Main Fractionator. GT-BTX PluS®offers the unique advantage of continuing to run in the max gasoline mode while still reaping the benefits of higher Jet Fuel/Diesel production.

Preview Presentation:
Presenter(s):
Rahul Al-Amoudi
Aiman Al-Amoudi
Rahul Khandelwal
Aiman Khandelwal
Once the content has been viewed and you have attested to it, you will be able to download and print a certificate for PDH credits. If you have already viewed this content, please click here to login.