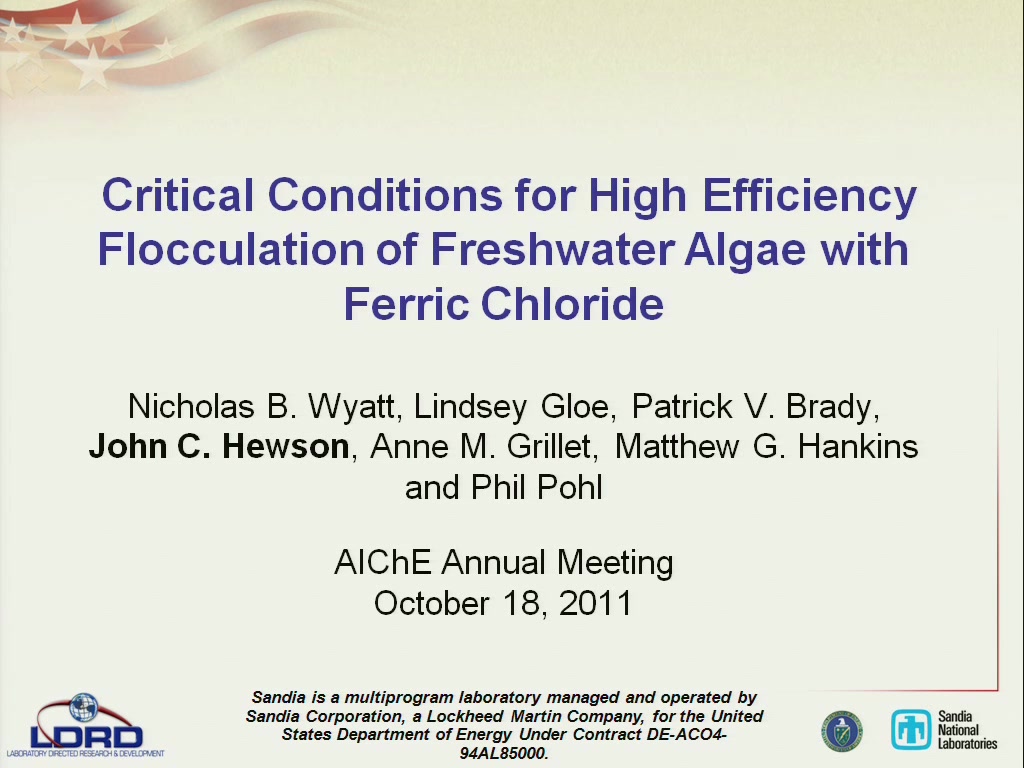 Algae have recently received much attention due to their potential as a source of clean biofuel. One of the key economic hurdles in the production of biofuel from algal feedstocks continues to be the harvesting process. Flocculation shows great potential for lowering the economic hurdle by providing a low energy, inexpensive method of separation. However, the mechanism of flocculation under varying environmental conditions is poorly understood. We aim to gain greater insight into the flocculation process by developing fundamental science-based models based on experimental measurements of floc formation and characteristics under a variety of environmental conditions (i.e., shear fields, flocculant addition, pH adjustment, etc.).

Preview Presentation:
Presenter(s):
John C. Hewson
Once the content has been viewed and you have attested to it, you will be able to download and print a certificate for PDH credits. If you have already viewed this content, please click here to login.